A Queery On Life

For contacts and bookings, email: 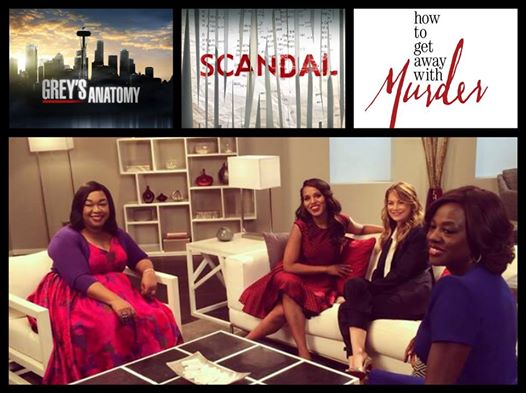 “There are no GAY scenes. There are scenes with people in them. If u use the phrase “gay scenes”, u are not only LATE to the party but also NOT INVITED to the party. Bye Felicia. #oneLOVE”

You know, I am in love with Shondaland television. Grey’s Anatomy, Scandal, How To Get Away With Murder, are all what I consider the trifecta of American television (medical drama, political drama, and murder drama, respectively). What Rhimes has been able to do is put on mainstream television people of color, women of color, queers, and queer people of color, and for that, Shonda Rhimes and Shondaland deserve all the praise.

HOWEVER, I couldn’t help but be irked by this tweet from the Queen of television herself. Let me lay it out for you, Shonda.

1) Yes, there ARE gay scenes (queer scenes in her shows). It is so important to recognize that there are actual queer scenes in all of her shows DUE TO THE FACT that they don’t really exist outside Shondaland. By affirming the humanist notion that “they are scenes with people in them”, you fail to acknowledge the radical and historic moment where a full night of television on a nationally broadcasted television channel had queer love scenes in it. This failure disavows the important work you have done to represent diversity and inclusion on television.

2) The “oneLOVE” hashtag is primarily problematic for the notion that all love is the same. Of course, this is what organizations like the Human Rights Campaign have been asserting for years to reach for WASP middle class couple issues, like gay marriage and the right to serve, that queer people are the same. Queer people are NOT the same. We have wildly different lived experiences than heterosexuals, and not all of queer loves conforms to a monogamous standard that exists in the heteroworld.

As much as I love your shows, I couldn’t help but not totally agree with your comment, however your intentions were admirable. Yes, we should be affronted at people not watching shows due to the fact that they do have queer scenes, HOWEVER, they exist, and you should be proud of them.